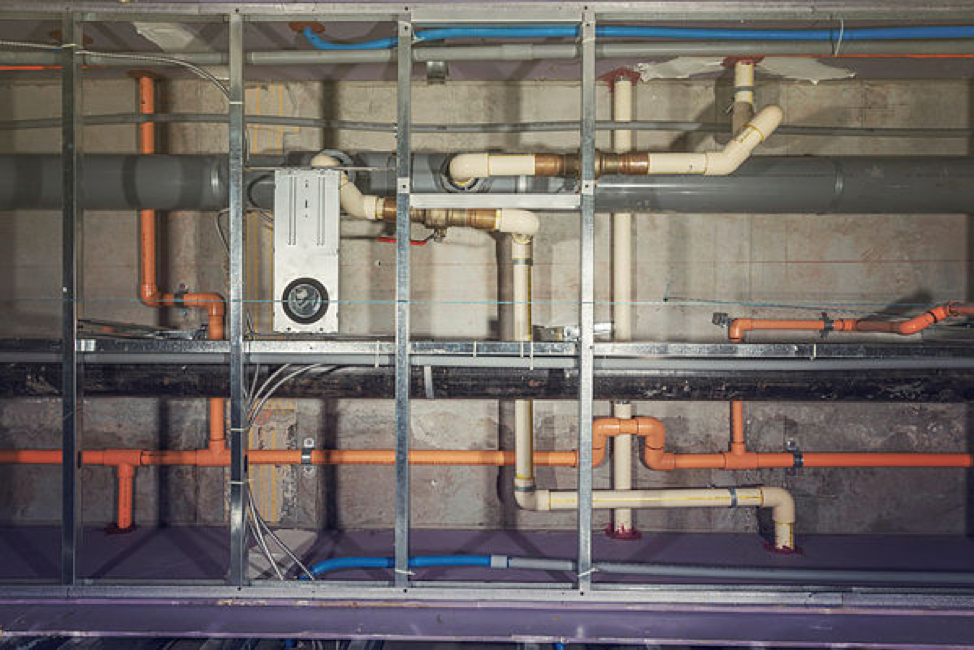 How Can CPVC Create a Reliable Fire Protection System?

Chlorinated Polyvinyl Chloride (CPVC) is a specially engineered thermoplastic first commercialized by Lubrizol in the early 1960’s. Since its first use, CPVC has steadily grown in popularity and is now used in industrial, commercial and residential buildings around the world.

However, a thermoplastic may not be the first thing that comes to mind when discussing fire protection systems. So, what makes CPVC a viable piping material for fire sprinkler systems?

A breakdown of the science of CPVC may help explain it.

CPVC is unlike other plastics. Many plastics such as PEX and polypropylene consist entirely of hydrocarbons, an excellent fuel. This is why some plastics, when exposed to a flame, will continue to burn long after the flame is removed. Eventually, these plastics melt and cause flaming drips to fall from them.

This is the primary difference between CPVC and PVC. PVC consists of only 57% chlorine, limiting its pressure performance at high temperatures.

When exposed to a flame, the chlorine in CPVC acts as a flame retardant, preventing the material from burning unless it is continuously held inside the flames. The material self-extinguishes as soon as the flame is removed. In addition, CPVC’s molecular structure and morphology cause it to form a thick insulative char layer on the exterior, protecting the rest of the pipe from additional damage. This gives CPVC qualities that allow for the reliable delivery of water, even when engulfed in flame.

CPVC also has excellent corrosion resistance, both inside and out. It can be installed in corrosive environments, such as pool and spa areas, or areas exposed to salty ocean air without concern for exterior corrosion.

It is also resistant to microbially induced corrosion (MIC), which often occurs in stagnant systems such as fire sprinklers. MIC can cause reduced waterways inside metal piping due to corrosion product buildup, as well as pinhole leaks.

BlazeMaster fire protection systems have invested significant time and resources into optimizing its CPVC. In doing so, they’ve created a cost-effective alternative to steel that is more reliable, lasts longer, and is better for the environment.

BlazeMaster CPVC is also verified by major international agencies. You can see a list of BlazeMaster system listings and approvals here.

Interested in learning more about BlazeMaster CPVC and how it can help with your fire protection needs? Schedule a free consultation with our team of piping systems consultants.