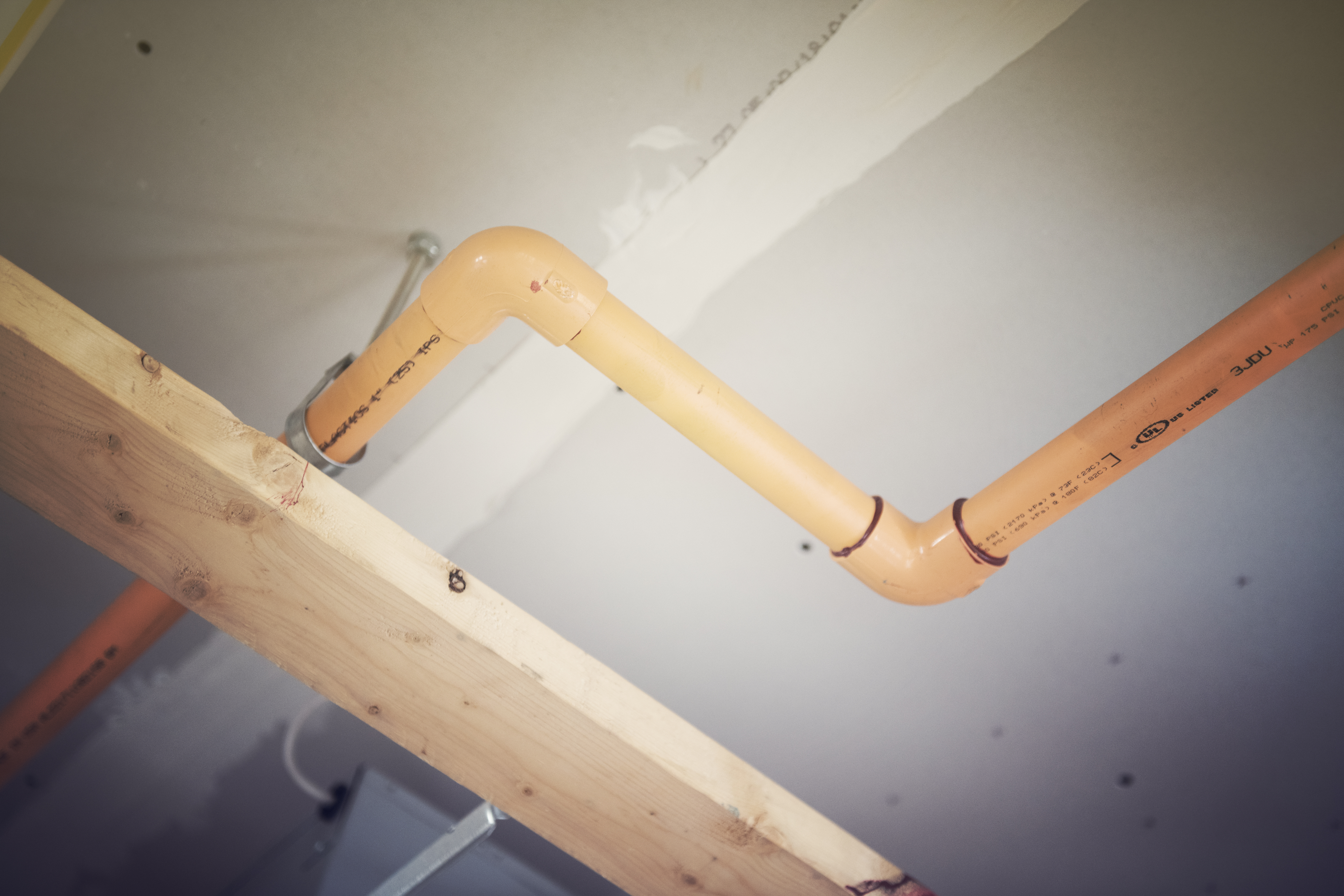 What You Need to Know About Piping Thermal Expansion and Contraction

All piping materials expand and contract as a result of temperature change. As the temperature increases, pipes expand. When the temperature decreases, pipes contract. If left unaccounted for while designing a fire protection system, thermal expansion can cause the system to fail prematurely, resulting in unnecessary repairs and reliability concerns.

For example, if a pipe in a fire protection system is constrained at both ends, stress will begin to build as the pipe expands. If the stress becomes too great, then the pipe will break and the system may not deliver water needed to extinguish a fire.

Fortunately, the damaging effects of thermal expansion and contraction can be easily prevented by understanding how temperature change impacts piping and how to deflect stress on a piping system.

How to Determine Thermal Expansion or Contraction

To determine how much a pipe will expand or contract, consider these three variables:

Plug the variables above into the following equation to determine the expansion or contraction of a pipe.

Factors of the Material for Handling Stress

The length a pipe will expand and contract is not the only important aspect for designing against expansion and contraction damage. You must also understand a few more qualities of the system and material.

For a more in-depth look at CPVC installation and the distinct advantages BlazeMaster® CPVC has over steel, download the

How to Design a System for Expansion and Contraction

For most fire protection system operating and installation conditions, expansion and contraction can be accommodated for by changing the direction of the pipe run. However, in certain instances, expansion loops or offsets may be required when installing long, straight runs of pipe.

At the end of the run of pipe, the corner elbow and adjoining pipe can allow for some degree of movement. If the adjoining pipe is long enough, thermal expansion and contraction can be accounted for by placing a hanger or guide a defined distance away from the elbow.

Expansion loops are placed in the middle of a run of pipe. The pipe is configured into a “U” shape, and its center is restrained with a bracket. Each side of the pipe run coming into the U is hung with a hanger or guide, allowing the pipe to move back and forth. For expansion, the opening of the U narrows. With contraction, the U opening widens.

This deflection mechanism is used when the pipe needs to avoid fixed structures.

Designing the above deflection mechanisms depends on the pipe length, working stress, modulus of elasticity and outer pipe diameter. To calculate loop length, use the variables in the equation.

Best Practices For Designing Against Thermal Expansion and Contraction

Once the loop length has been determined, ensure these best practices are followed for design and installation:

Discover the Benefits of a BlazeMaster® CPVC Fire Protection System

Learn about how CPVC can save you time and money, where to use it and CPVC's history in the Guide to CPVC Fire Sprinkler Systems or download the Thermal Expansion Calculator: 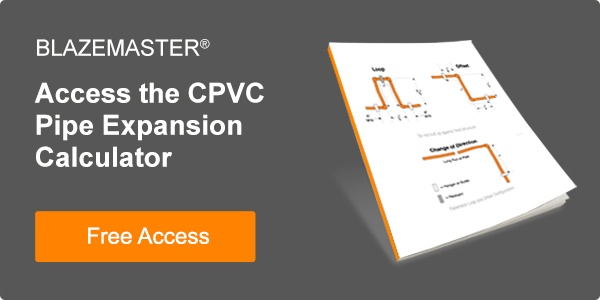