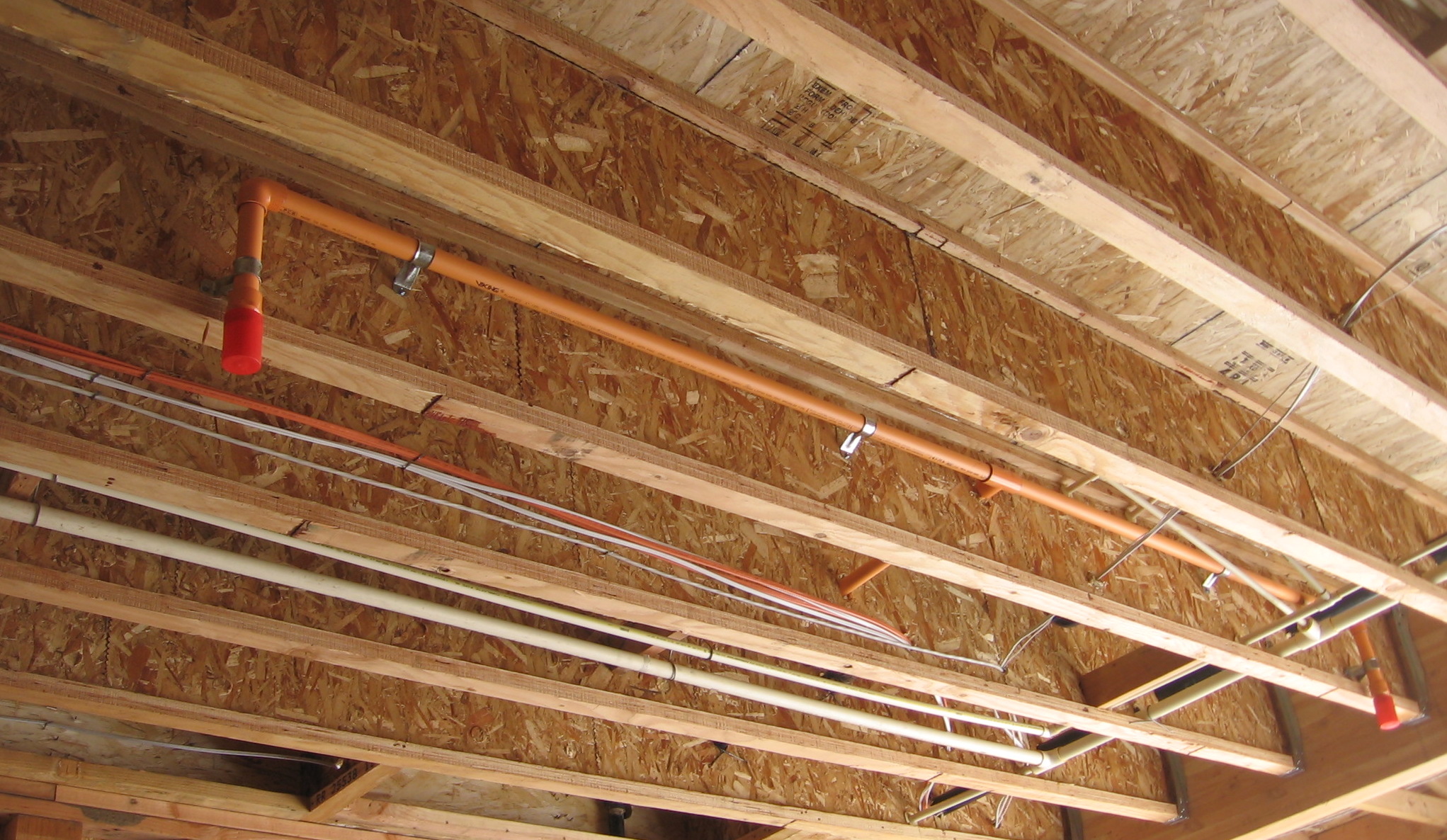 More communities across the nation require residential fire sprinklers in new home construction than ever. That is definitely a positive step in terms of safety for homeowners and first responders.

But it also brings up the need for a national water quality study in regard to water quality, or the water hazard level of standing water in a residential fire sprinkler system.

There is, in some circles, a perception that residential fire sprinkler systems may be a threat to the public water supply in the event of backflow issues. This is largely due to the fact that commercial systems, the majority of which have used steel piping over the years, do have an issue with bacterial growth and corrosion buildup. These systems rightfully have backflow measures built into them to ensure that contaminated water cannot back up into the public water supply.

That same line of thinking should not hold true for residential systems constructed with CPVC pipe and fittings. Yet water districts – which by law are charged with delivering healthy water to each property they serve – often apply these commercial requirements to single family residential construction.

That in turn presents a quandary for builders as different water agencies may require one of four methods of protecting the water supply – RP reduced pressure vacuum breakers, double check detector assembly (DCDA) double check valves; a separate water service lateral for residential fire sprinkler system within a home; or a passive purge, which requires connections between the residential sprinkler system and the plumbing system.

All of these carry a cost, some of which can add a hefty price increase to a home’s fire sprinkler system installation as well as potential annual maintenance. None of these are required in the base standard, NFPA 13D.

And for a builder that is constructing homes in different regions in a state – or over several states – the varying protection requirements may make the sprinkler system costs widely different for what is virtually the same home other than its location.

The devices also increase the size of piping required – an additional cost, because they cause pressure loss.

Are the Devices Necessary in CPVC-Based Fire Sprinkler Systems?

Steel pipe-based water sprinkler systems are subject to corrosion that eats away at the interior of a pipe, which creates friction, slowing the water flow in the event of an emergency. Corrosion can also create pinholes that, in the case of a fire sprinkler system, could lead to complete system failure, negating the system’s ability to suppress fires. Steel pipes can also harbor bacteria buildup.

It can also cause the standing water in the pipework to deteriorate.

It is a well-known fact that CPVC resists corrosion and scaling for up to 50 years of service life, even in salt air environments or with fluctuating water pH balances. CPVC is also naturally immune to microbiologically influenced corrosion (MIC). Why then do states or communities require CPVC-based residential systems to utilize the same type of backflow equipment that steel-based systems rightfully need to have?

Is it because no definitive national study on residential water quality and fire sprinkler systems has been done and this is the “safe” – but expensive – way of ensuring water quality?

A Few Starts… But Still a Need

There have been several studies that have scratched the surface of the water quality in sprinkler systems issue. None are definitive, but each tells its own story:

A 2009 NFPA Study, Integration of Residential Sprinklers with Water Supply Systems, surveyed 20 U.S. communities. The study presented findings on a variety of issues, from the Approach to Metering Water Flow to Sprinklers to Tapping Fee Increases. It also addressed Potential Water Quality Issues from Fire Sprinklers. The study noted that “Preventing backflow from the sprinklers is typically addressed through the use of a backflow prevention device or a design which avoids this issue.” It also noted that  “Of the 46 subjects interviewed for this survey, none have heard of a water contamination issue associated with residential fire sprinkler systems in their community.”

A 2006 study conducted in New Zealand, Domestic Fire Sprinkler Water Systems – Report on Water Quality, Reliability and Application to the Other Property, concluded water flowing through a combination of fire sprinkler systems is not hazardous to health when supplied with treated mains water.

In 2011-12, BlazeMaster® CPVC, in conjunction with TLC Fire and water system and building professionals, conducted a residential testing/sampling study, the findings of which were presented to the industry via several Residential Fire Sprinkler Symposiums in California. While the tests did not use control samples (i.e., water samples pulled from both sides of the device under test when introduced to the system and then a specific time, such as 18 months later) they sought to compare, for sake of consideration, the water’s chemical contents and contamination versus that which the water districts are required to test for by law.

CPVC piping-based fire sprinkler systems were tested in seven homes. Five homes were located in San Diego County, California; two in Orange County, California. The systems ranged in age from approximately 18 months to 12 years. Two systems were retrofits; five were new construction tract homes. Two of the systems were drained after installations, and none had been flushed, to the knowledge of the testers.

A full report of the study may be found here.

While not a scientific study, the BlazeMaster CPVC/TLC Fire study did raise some valid points. The data did not indicate that CPVC would introduce bacteria or corrosion into a drinking water system.

But perhaps its most important finding was that such studies can and should be done on a broader scale. And as more homes than ever require such systems – and costs continue to increase for all – is it not worthwhile to determine once and for all if backflow devices are necessary for all fire sprinkler systems?

Want to weigh in on this conversation? We would love to hear from you.