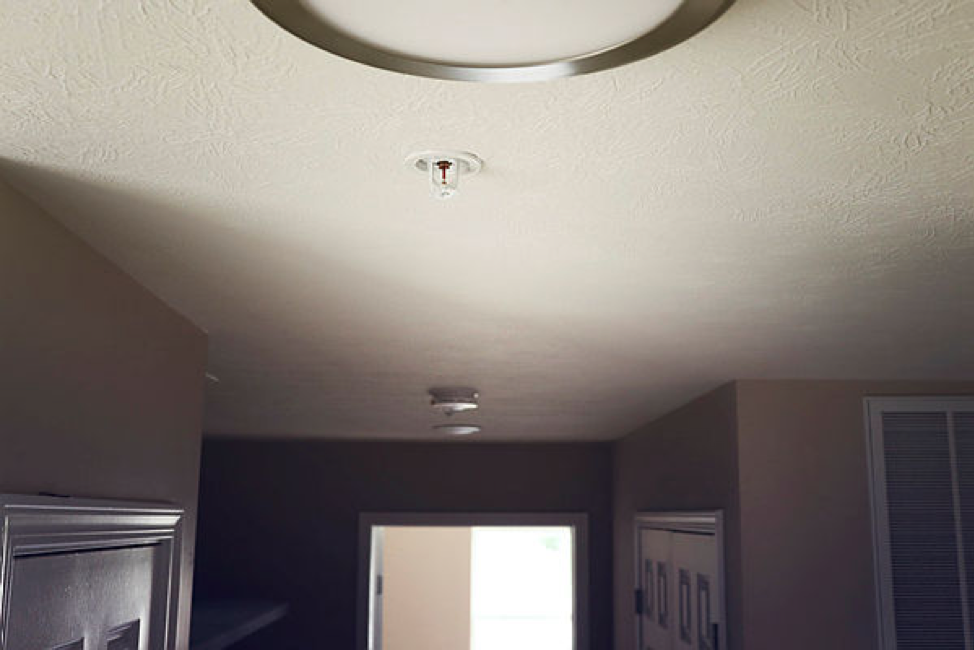 House fires spread faster than they used to. Modern, often synthetic materials burn quicker and hotter than traditional furnishings. It only takes three minutes for these materials to reach their autoignition temperature before they emit flammable gases. In less than five minutes, flashover can occur and engulf the entire home in flames.

To help limit the spread of fires, communities across the nation are implementing ordinances requiring home fire protection systems in new single and double family residences.

History of the Ordinance

Fire sprinkler systems have been required in building codes for years. However, it wasn’t until 1985 when the city of Scottsdale, Arizona passed Ordinance #1709, mandating the use of fire sprinkler systems in all new single-family homes. Years later, the International Residential Code included an optional fire sprinkler provision in the appendix of the 2006 edition, before adding it to the 2009 edition.

Objections to the Ordinance

While only three states have made home fire sprinkler systems mandatory, there are cities all over North America where they are required. In fact, 104 towns in the Chicago Metro area require sprinkler systems as well as Alleghany County, Pennsylvania, which includes Pittsburgh.

This is a result of pushback from developers, designers and builders who claim the cost of a residential fire protection system outweighs its benefits. Many struggle to sell fire sprinkler systems as an upgrade, like countertops, tile or other new home features. To keep costs low, homes outside of California, Maryland, and Washington D.C. are often built without fire sprinkler systems.

Many builders and developers are reluctant to include home fire sprinkler systems in new builds because they are unaware of the incentives offered in exchange for improving safety.

For example: A developer is constructing a subdivision in a town that has a fire hydrant requirement mandating hydrants must be placed every 200 feet. If the homes in that subdivision have fire sprinkler systems, the town may adjust those requirements to every 500 feet—significantly lowering fire hydrant costs to the developer.

According to the Home Fire Sprinkler Coalition (HFSC), some other common incentives include:

The inclusion of fire sprinklers in all new homes benefits everyone in the community. Residents receive more fire protection, developers can save on infrastructure and land and builders can lower construction costs.

Additionally, to determine material you should use for your residential fire sprinkler system, check out our ”Residential Fire Protection for a Lifetime” brochure.