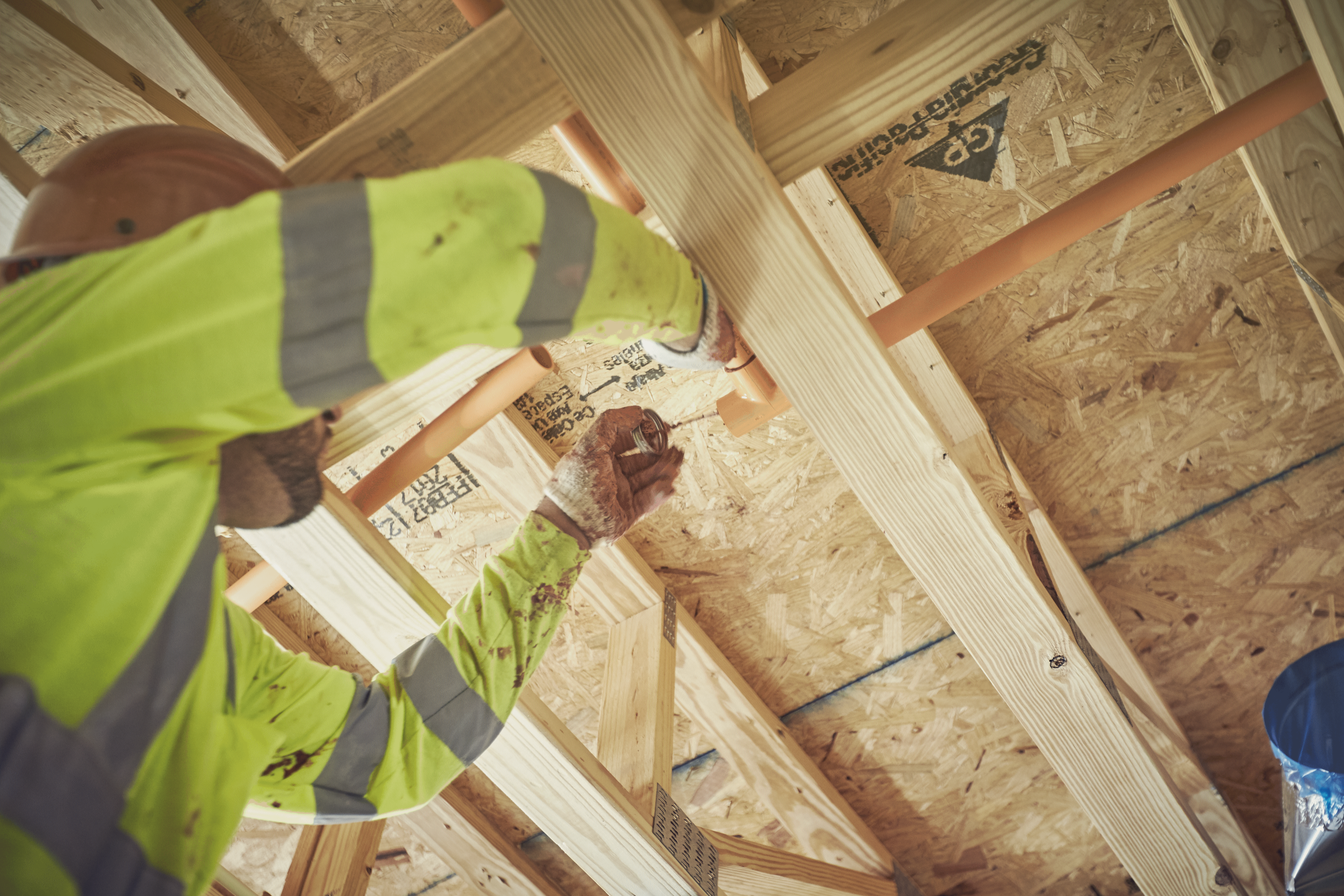 CPVC Fire Protection Systems Save Lives – Including The Lives of Firefighters

Somewhere, a fire started last night that resulted in minimal damage to property. No lives were lost. No firefighter was put in harm’s way. There may be an insurance claim or two, but it isn’t as devastating as it might have been.

The reason: a fire sprinkler system performed the job it was designed to do and suppressed the fire without further incident.

Fire sprinkler systems – thanks to building codes and the foresight of property owners, builders and designers – are more prevalent today than ever before. Such protection has become more affordable and more easily installed over the years thanks to advances in material science and engineering. Certainly, the introduction of CPVC fire protection systems to the market was and continues to be a game changer, for the good of all.

More Than 30 Years of Proven Success

It is a fact that for more than 30 years, BlazeMaster® pipe and fittings have saved lives and property. It has specifically protected the lives of firefighters by making it safer for them to enter units during responses. The number of lives saved, and injuries or property damage prevented, far outweigh any perceived negatives.

In point of fact, BlazeMaster CPVC is extremely resistant to ignition. It has a flash ignition temperature of 900°F (482°C). That is the lowest temperature at which sufficient combustible gases evolve and can be ignited by small internal flame. Wood ignites at 500°F (260°C) or lower. That means that BlazeMaster CPVC cannot be the ignition source of a fire.

Tests conducted using the New York State modified University of Pittsburgh test protocol for determining the toxicity of combustion products concluded that BlazeMaster CPVC pipe and fittings are “no more toxic than wood, and less toxic than common materials such as wood or cotton.”

When BlazeMaster CPVC is exposed to flash ignition temperatures, it chars or intumesces and does not drip or spread afire. In fact, the char layer acts as thermal barrier to restrict the flow of heat into the pipe wall, reducing the rate of burning, allowing more time for occupants to evacuate and first responders to arrive. Tests have also shown that it does not contribute to flash over. In other words, it does not create a sudden explosive development of flame.

Performance testing by the National Research Council Canada (NRC) examined the performance of protected ceiling/floor assemblies and impact tenability with a basement fire scenario. Several test experimental scenarios were performed over a number of (as opposed to none), BlazeMaster CPVC pipe and fittings were utilized. To quote from Page 6 of the test report’s executive summary: “In the experiments that employed residential sprinkler-protected assemblies, the structural integrity of the test assemblies was protected, there was no structural failure or damage… and the fire was effectively suppressed. The residential sprinkler systems also maintained the conditions tenable in the house during the experiments.” In other words – no projected fatalities or injuries and no smoke obscuration.

BlazeMaster CPVC has more than proven itself since it was introduced in 1984 specifically for the fire sprinkler industry.

In a highly regulated industry, BlazeMaster CPVC meets all industry requirements, including NFPA 13 standards across the board as well as the UL 1821 fire test. It also surpasses burst and pressure test requirements. No other brand of CPVC pipe and fitting has been tested to the levels of BlazeMaster CPVC.

BlazeMaster CPVC also installs faster than steel pipe. CPVC weighs less than steel, is flexible and is quickly joined together using a quick one-step solvent cement process. That means that a building can be sprinkler-protected faster using CPVC pipe and fittings as compared to the time it takes to install heavy, cumbersome steel pipe-based sprinkler systems. Steel pipe requires torches for installation – potential sources or sparks and flames.

Additionally, BlazeMaster CPVC set the stage to provide fire protection to millions through lower material costs for residential and light hazard applications as compared to steel. By making a critical life safety system affordable to millions of homeowners, sprinkler system, more residences than ever before are protected with fire sprinkler systems. These reasonably-priced fire suppression systems are significant factors in keeping firefighters out of harm’s way when responding to an emergency.

BlazeMaster has fully supported organizations such as the National Fire Sprinkler Association (NFSA), the National Association of State Fire Marshalls (NASFM) and fire services throughout North America. BlazeMaster CPVC-branded systems are recognized by these industry leaders as a highly trusted non-metallic alternative.

Those of us at BlazeMaster CPVC are proud of our track record. We look forward to continuing to protect people and property – including the firefighters who help save lives on a daily basis – for decades to come.

If you ever have a question about BlazeMaster CPVC regarding performance or safety, do not hesitate to contact us.