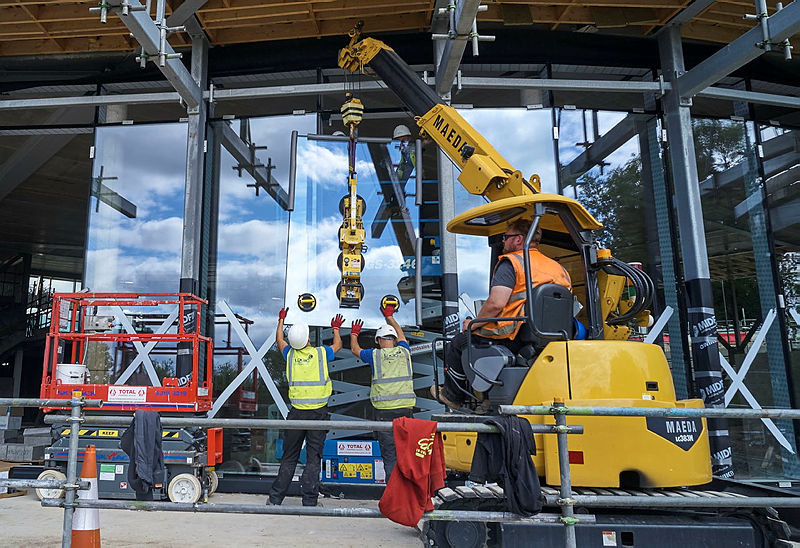 You may have heard from unreliable sources that BlazeMaster® CPVC is only for use in single-family and multi-family residences. In fact, BlazeMaster is available for all light hazard applications ranging from high-rise offices and condos to schools, hospitals, nursing homes, and many more.

That ocean air we all find so refreshing is also a menace to metal pipes in a fire protection system. Corrosion is a natural occurrence in steel, and the mix of water, water treatment chemicals, and oxygen in fire sprinkler systems can speed the process. In coastal areas, the presence of salt particles in the air further accelerates corrosion. Systems can start to experience problems within two years of installation.

By contrast, BlazeMaster CPVC will never corrode, even in salt-air climates. That keeps maintenance costs low and makes BlazeMaster CPVC a natural choice for everything from docks and marinas (with AHJ approval) to offshore drilling platforms.

But the opportunities do not stop at the water’s edge. Salt air extends 30 - 50 miles inland, so steel pipe in any type of structure will require extensive maintenance. That makes BlazeMaster CPVC the right option for any light hazard application within that wide geographic area.

For example, designers originally chose iron pipe for the fire sprinkler system in a $33 million pier in St. Petersburg, Florida, that includes restaurants, shops, and an oceanography institute. But once they realized the inherent corrosion concerns with metallic pipe, they switched to a combination of BlazeMaster CPVC and high-performance piping technology from Corzan® Industrial Systems.

BlazeMaster CPVC is light and flexible, which makes it easy to handle and fit into tight spaces – a critical issue for retrofits. Installing BlazeMaster CPVC is a one-person job that requires only basic handtools along with a quick, one-step solvent cement welding process.

By contrast, completing a retrofit with steel pipe can be a hassle. It is 84% heavier than CPVC, which means crews need special equipment and additional workers just to move it around the site. Given steel’s rigidity, it can be difficult to fit into the confined spaces required in most retrofits. For a multi-story project, special rigging equipment may be needed to move the pipe to the upper floors because it may not fit in an elevator. The work crews also need a power source, open-flame torches, and noisy threading machines that disrupt occupants.

Additionally, CPVC’s installation advantages can lead to significant savings in labor costs. For instance, a Sacramento-area contractor started a 24,000-square-foot office retrofit with steel pipe but quickly realized CPVC installation would be much easier and faster. As a result of switching to BlazeMaster, the contractor saved the building owner $21,000.

Because it is easier to install, BlazeMaster CPVC also limits disruptions for building occupants. That was an especially critical issue for the Sacramento project. With BlazeMaster’s clean, efficient one-step solvent cement joining process, crews were able to clean up at the end of the day without shutting down or disrupting a doctor’s office in the building.

Speed of installation is also a key factor for minimizing disruptions. For example, the University of Texas chose BlazeMaster CPVC for retrofitting the largest residence hall in North America. It was not feasible to close the dorm or even a floor at a time. To adapt, rooms were retrofitted between 8 a.m. to 5 p.m. The result: the contractor installed fire sprinklers over 1 million square feet in 11 months – with zero student relocations.

BlazeMaster CPVC pipe and fittings have a unique UL® listing for embedding CPVC in cast-in-place concrete. Embedding BlazeMaster CPVC in the ceiling eliminates the costs for drop ceilings and fire sprinkler system hangers. It also improves aesthetics because the piping system is hidden within the ceiling.

Generally, embedding BlazeMaster CPVC in cast-in-place concrete is a popular choice because it:

BlazeMaster CPVC has been used with concrete for many years, and there has never been a reported case of incompatibility of chemicals mixed with concrete. While we are not aware of any problems regarding BlazeMaster pipe and fittings and concrete or chemicals that have been added to the concrete, we realize construction materials can change. If you’re ever concerned about chemical compatibility, contact Lubrizol or the manufacturer of the chemical in question to confirm chemical compatibility.

BlazeMaster: Right for Your Next Commercial Project

These three examples highlight the many reasons BlazeMaster CPVC is the right choice for a wide range of light hazard commercial projects. Do you have questions about an upcoming project? Technical support is just a click away.