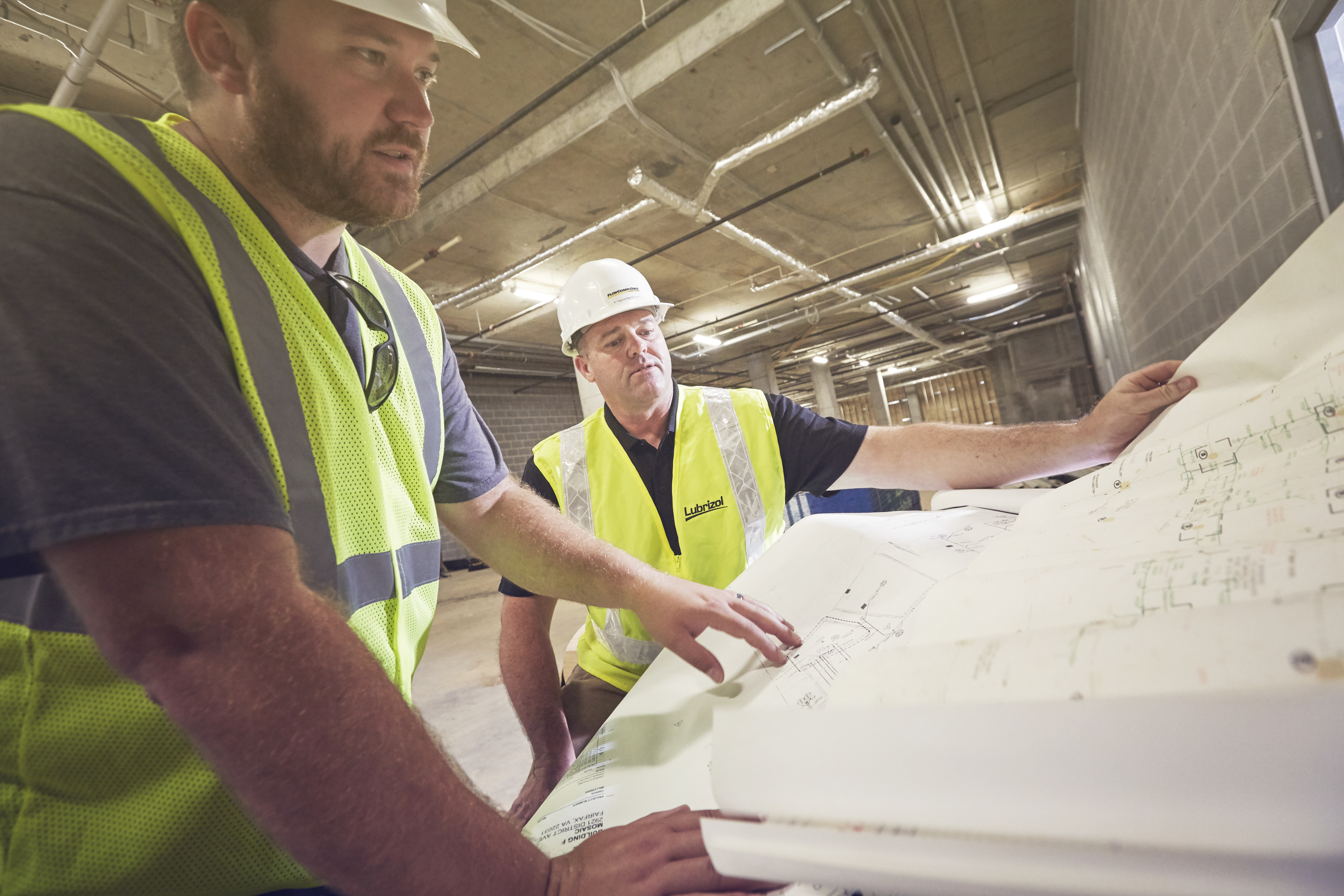 BlazeMaster® CPVC is a strong, durable material that maintains its structure better than most commonly used plastics.

However, the pipe can begin to sag on long runs if not properly held up by supports and hangers. This could lead to unsightly appearance, and unnecessary strain on the piping material and joints.

In addition to manufacturer instructions, installers should adhere to the following best practices when selecting and placing supports and hangers for their system.

Choosing The Right Hanger or Bracket For Supporting CPVC Piping

The best type of hanger or bracket varies depending on how the pipe is being installed and the type of sprinkler heads being used. That said, here are a few general considerations:

How Far Apart Should CPVC Piping Supports Be?

Refer to your manufacturer's installation manual for exact information on how far apart CPVC supports should be, but it is generally recommended to follow the table below to find the maximum distance between supports/hangers on a straight, horizontal run. 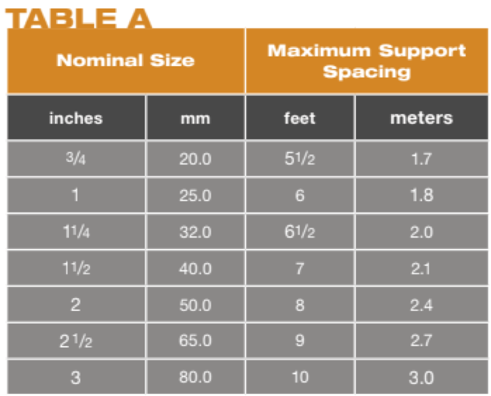 In addition to holding the piping up, hangers and supports should be used to lower stress on joints and elbows, which may experience a jolt when a system is activated.

When a sprinkler head activates, a significant reactive force can be exerted on the pipe. The closest hanger can be used to brace the pipe against this vertical lift. This is done using any hanger, which acts as both a brace and support for the system.

While any number of techniques can be used to brace the pipe, there are four acceptable approaches to preventing upward movement of the sprinkler through the ceiling:

As external and internal temperatures change, piping systems can expand and contract. As the pipe moves, it will place unnecessary stress on the piping material if there is no mechanism in place to deflect it. This stress can weaken or damage the piping material.

There are three common mechanisms to deflect this expansion/contraction stress:

Each of these mechanisms requires proper placement of hangers and supports to allow them to effectively deflect the stress. Consult with our team of system engineers or your manufacturer for proper placement instructions.

BlazeMaster Fire Protection Systems works closely with the community to achieve the highest standards of excellence. Check out some other resources:

You can also get in contact with our team today to get moving in the right direction.